The textile industry has strongly helped to shape the special character of the town and its population – the spirit of entrepreneurship and initiative. An ambiance which has played a major rôle in the development from a small village to the town of today , still distinctly marked by the urge and drive to develop and create”.

The ceramic sculpture, Warp and Weft, has been created  with the above story in mind. Immediately after my first visit to the site, the idea of working with the strong culture of textile and its history as an inspiration came to my mind. It felt obvious and right to develop a visual, spatial response for the garden of Plejecenter Rolighedsparken based on this story.

I wanted to make a work, that felt straightforward in its narrative, while also expressing ambiguity and opposite associations through its material, and its questioning, slightly groping form.

Weaving is primary culture and method. A technology which as a symbol is intertwined into our language as a strong metaphor. To weave something together expresses a strong and unbreakable integration into a unity. To construct something stronger out of the crossing interplay of the single threads. The function of warp and weft.

The actual form of the sculpture is based on the principle of weaving in its most elementary form, the plain-weave. This weave system is ancient and in the region it has historically been employed for making woolen cloth as well as being the technique used for industrial products in cotton at a later time in the textile history of Ikast.

The sculpture pays tribute to the textile itself as cultural medium and object. The sculpture simultaneously depicts the process of making. Of what is in the making – a simple weaving sample made before the product itself appears. It looks unfinished – making you want to pull some at its thread-ends to tighten it a bit. But it is also the worn-out remnant of textile found in an ancient grave. The reminiscence we can hold in our hand and which very directly connects us to the past.

The sculpture wants to express all of this. But being made in ceramic it doesn’t show us the compliance of the soft material. It is an arduously built spatial construction out of assembled bits of extruded clay tubes. The hard tactility of ceramics, arrived at through drying and firing, transforms everything we associate with textile flexibility into a monument. A form fixating an image of the familiar while evoking multi-facetted inner pictures. 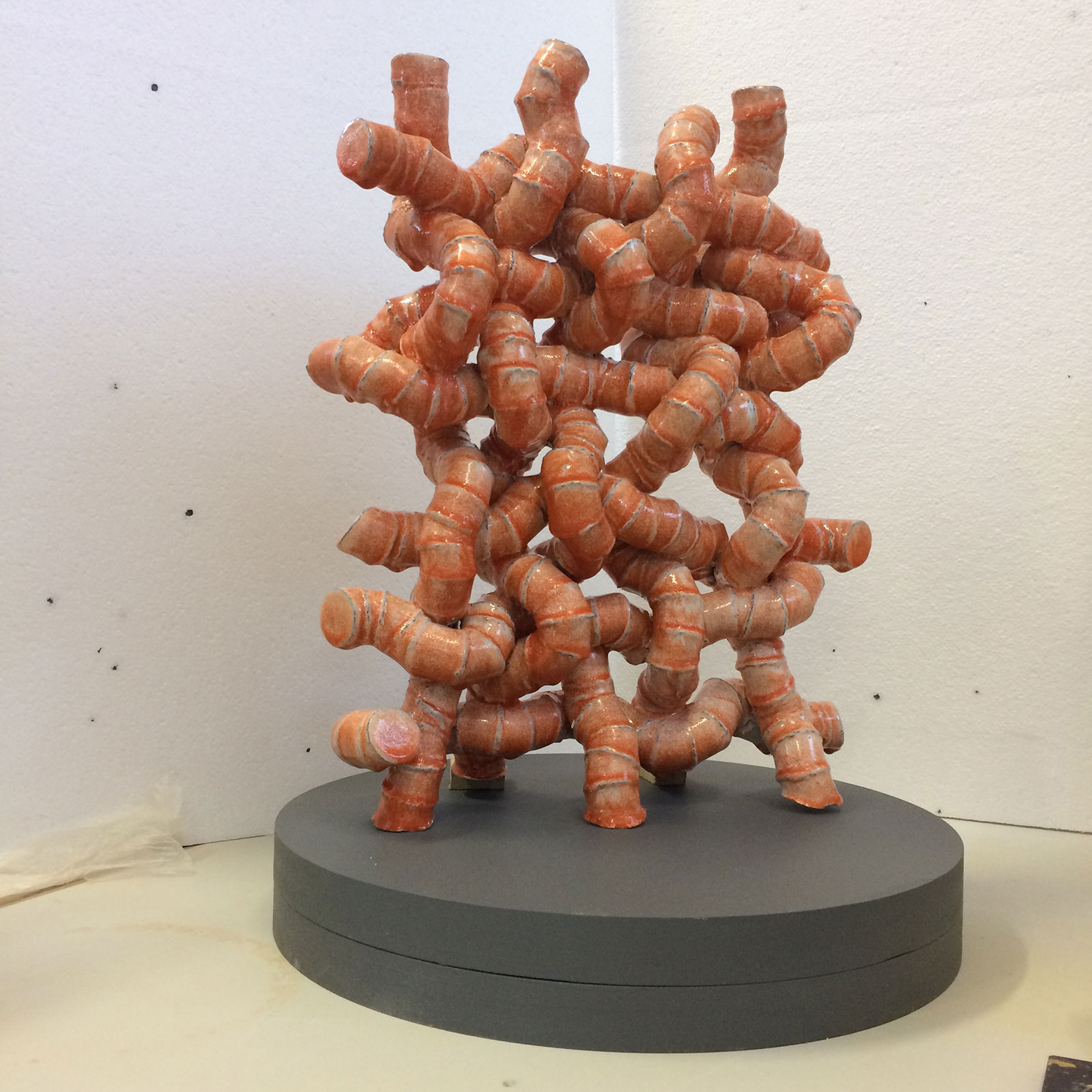 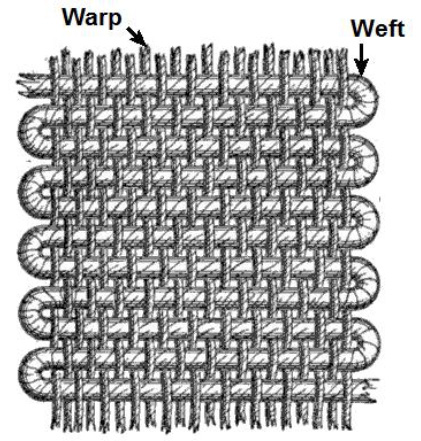 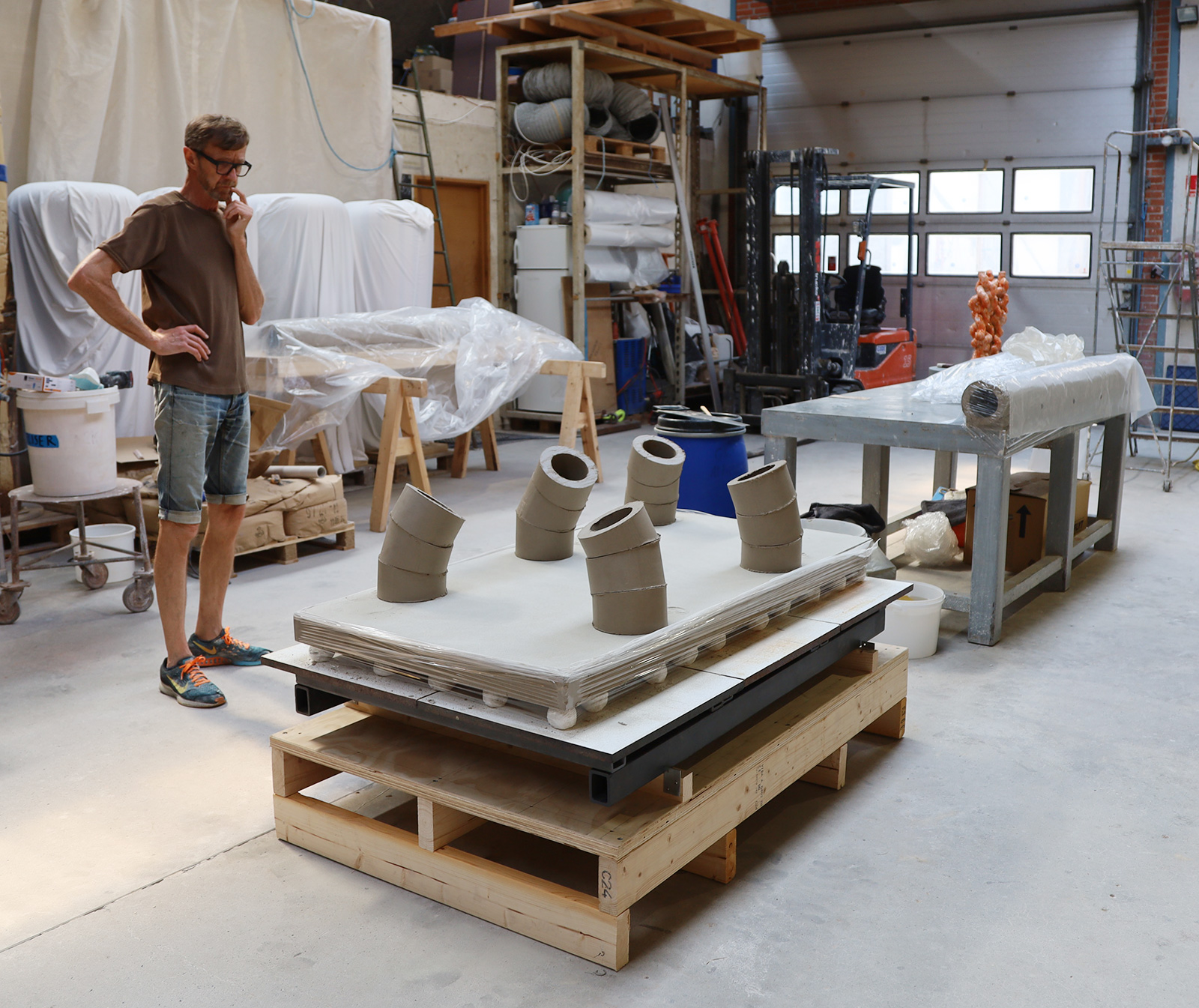 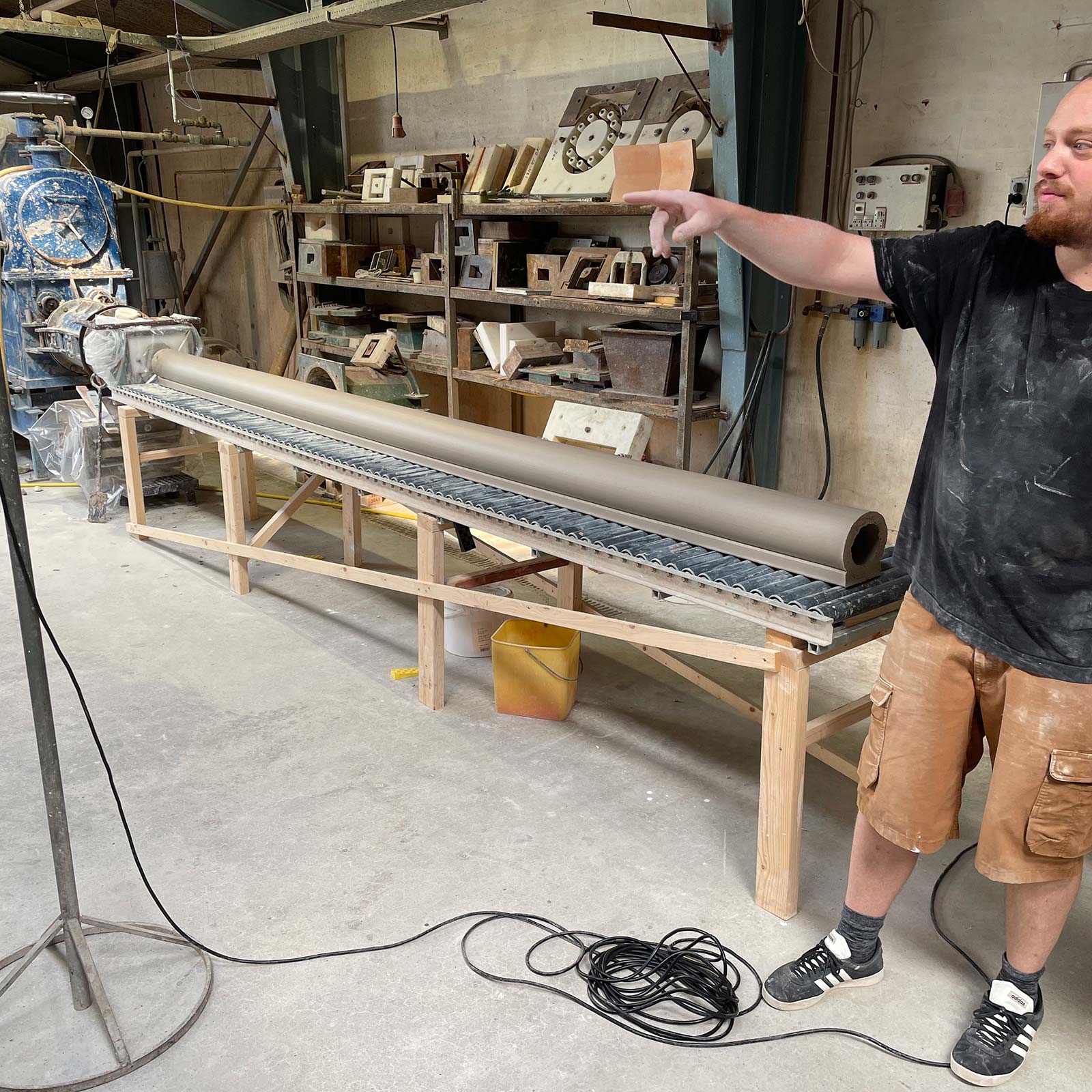 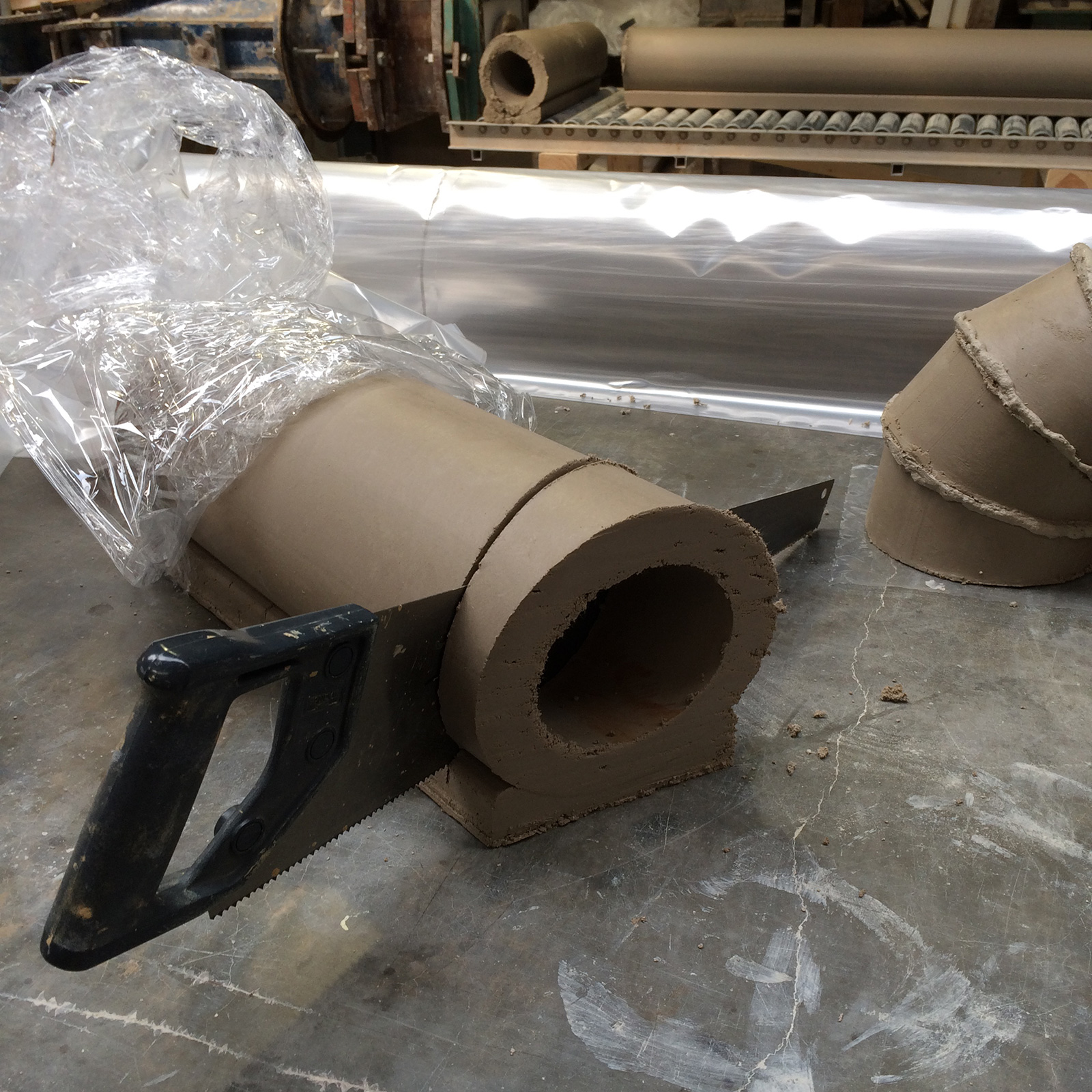 Tubes are sawn into angled bits, that are assembled to form the desired curvilinear parts 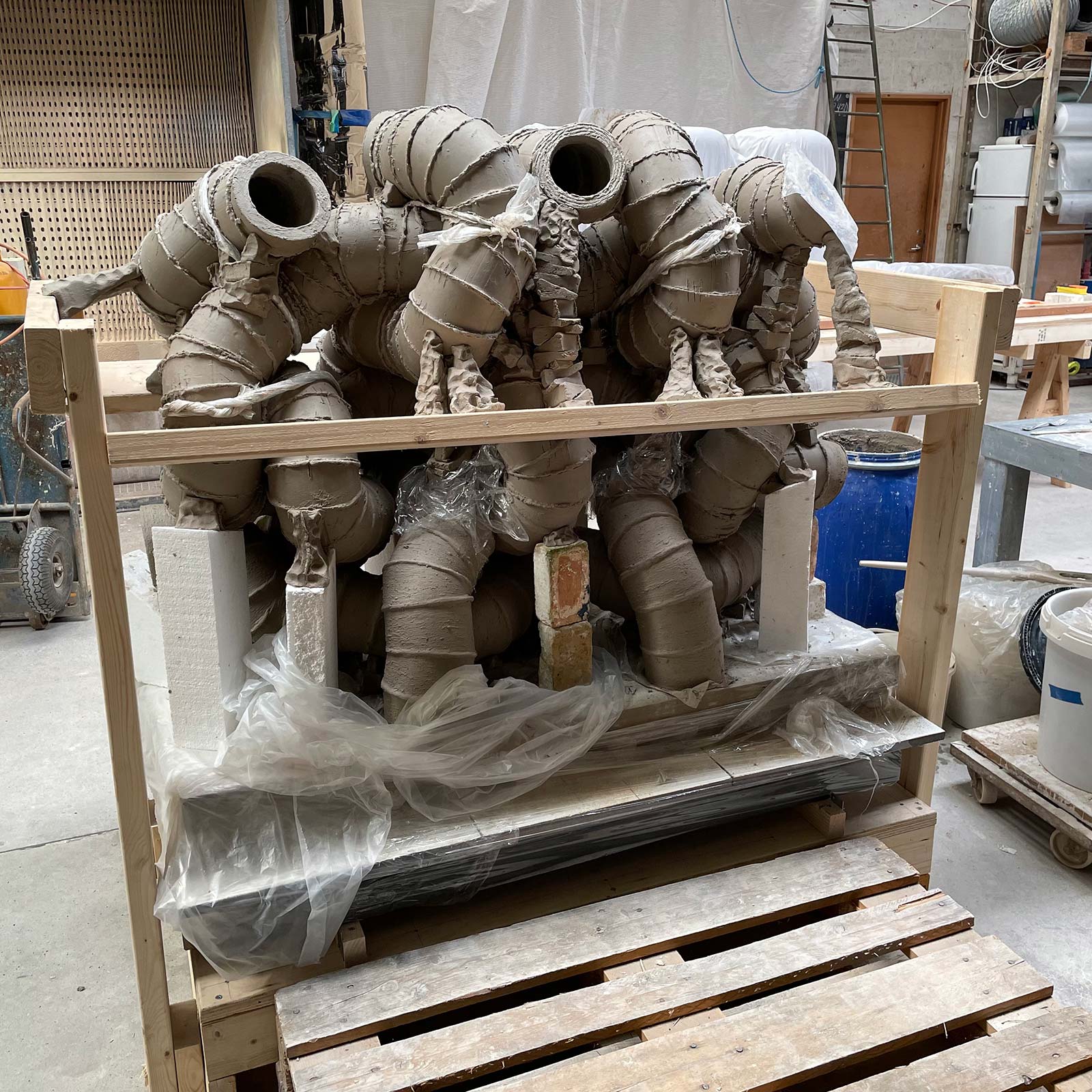 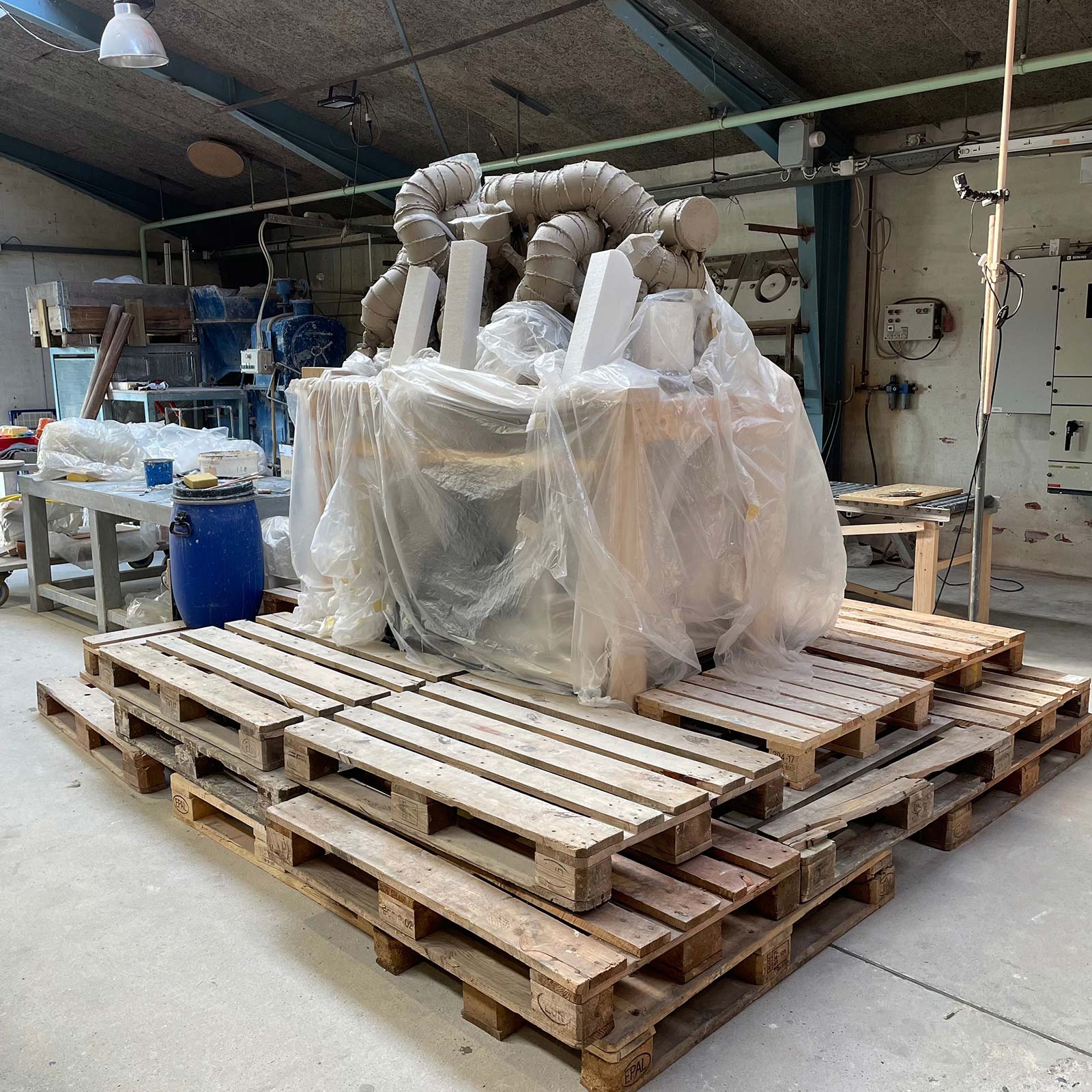 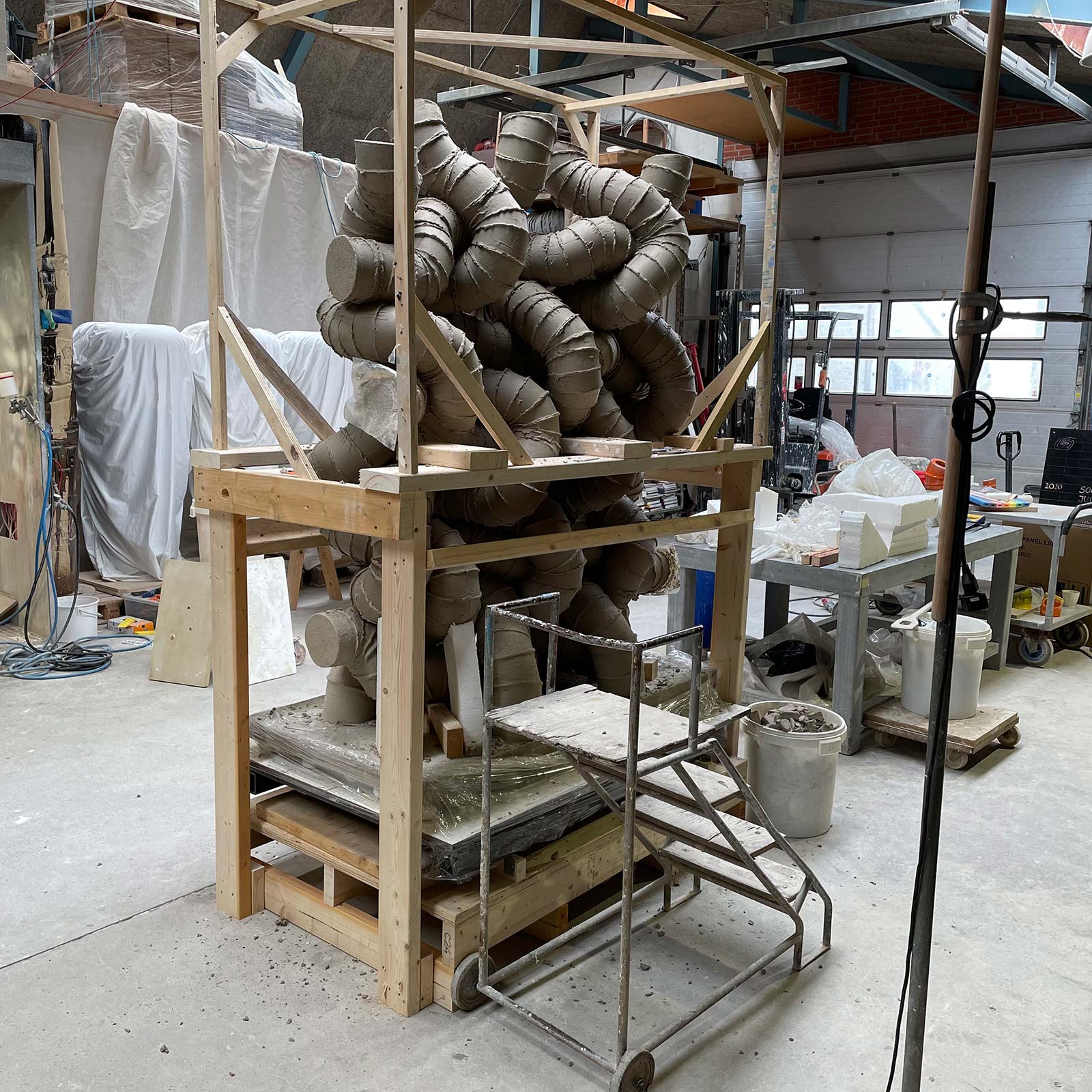 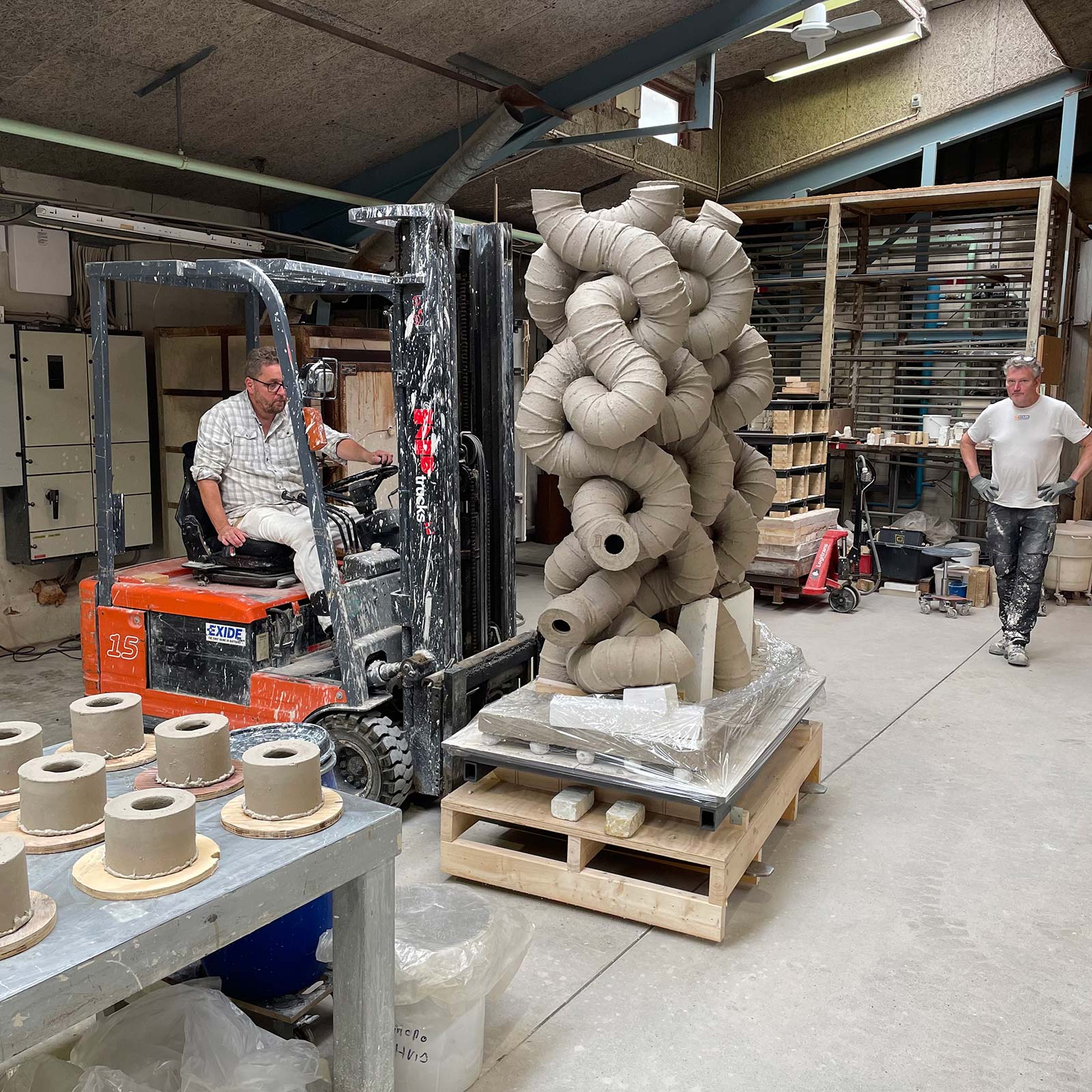 Dried sculpture taken to the spray booth for engobing before firing 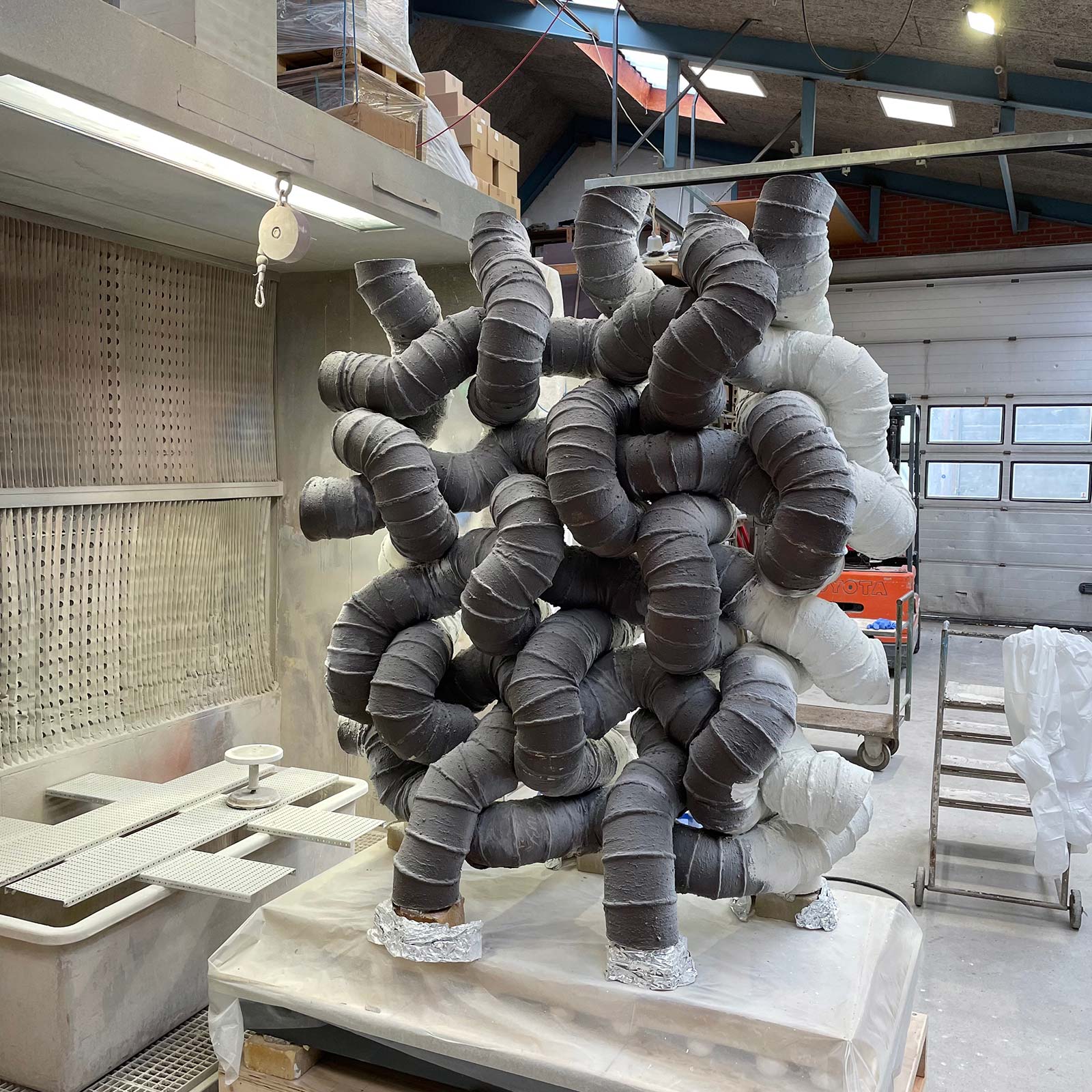 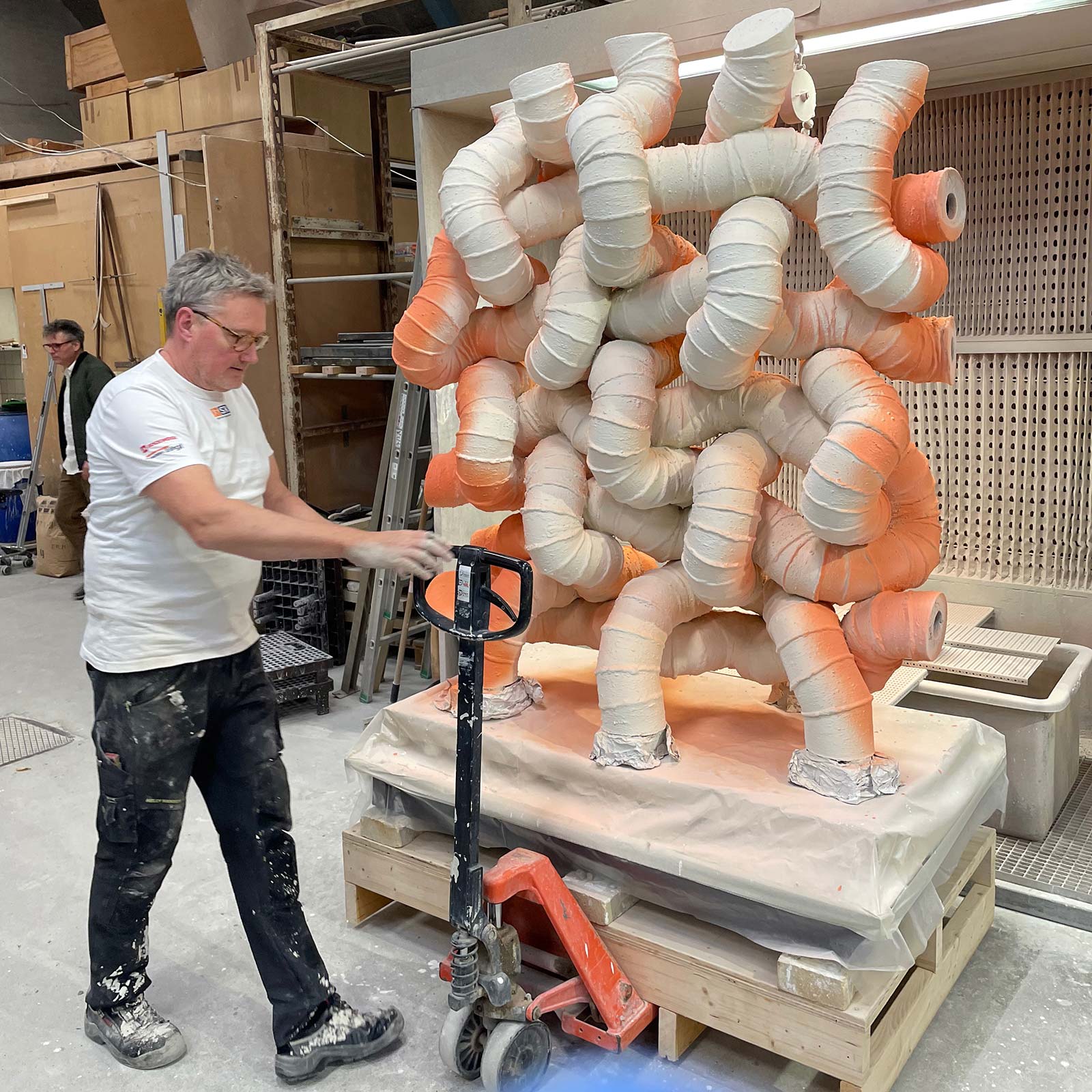 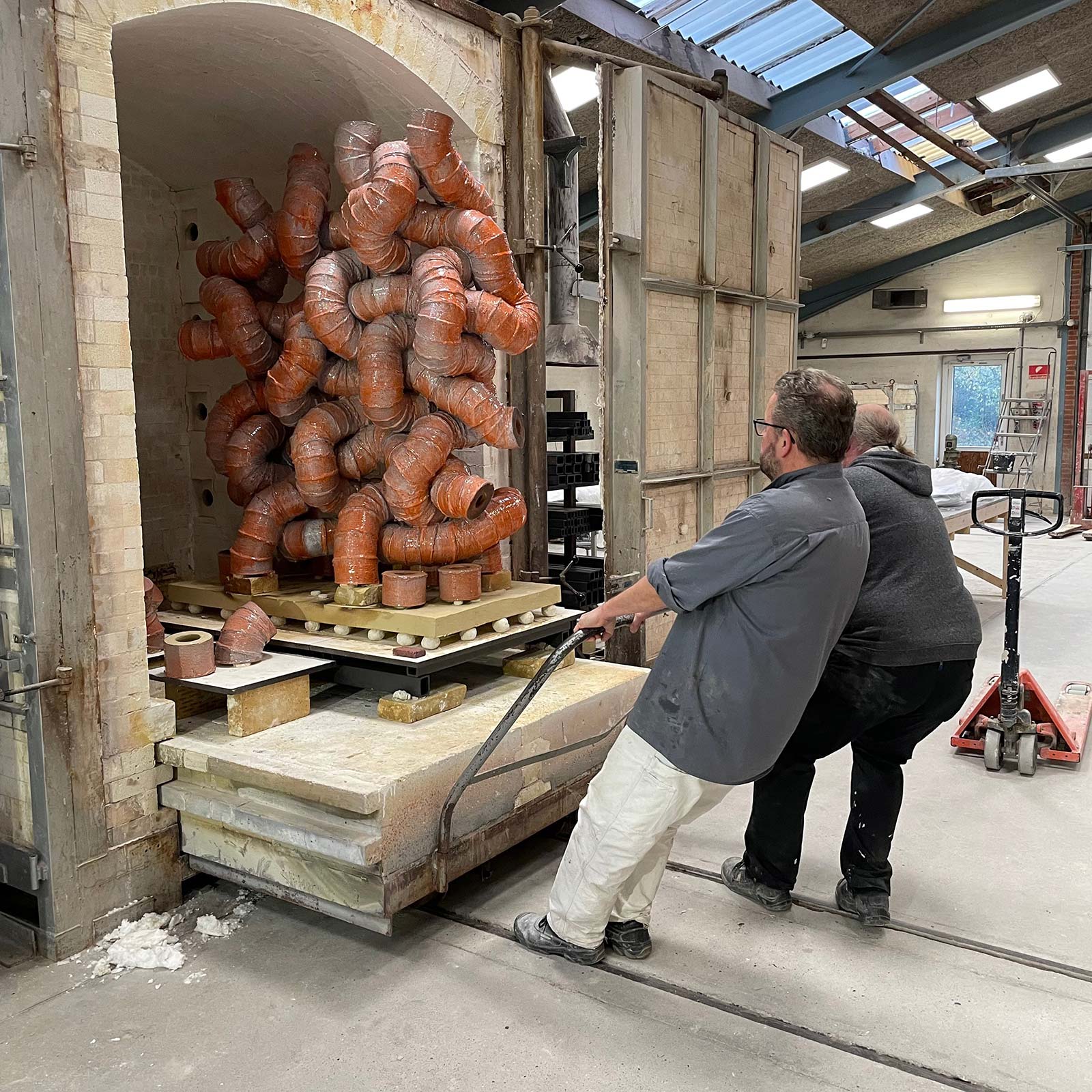 Glaze fired work being pulled out of kiln 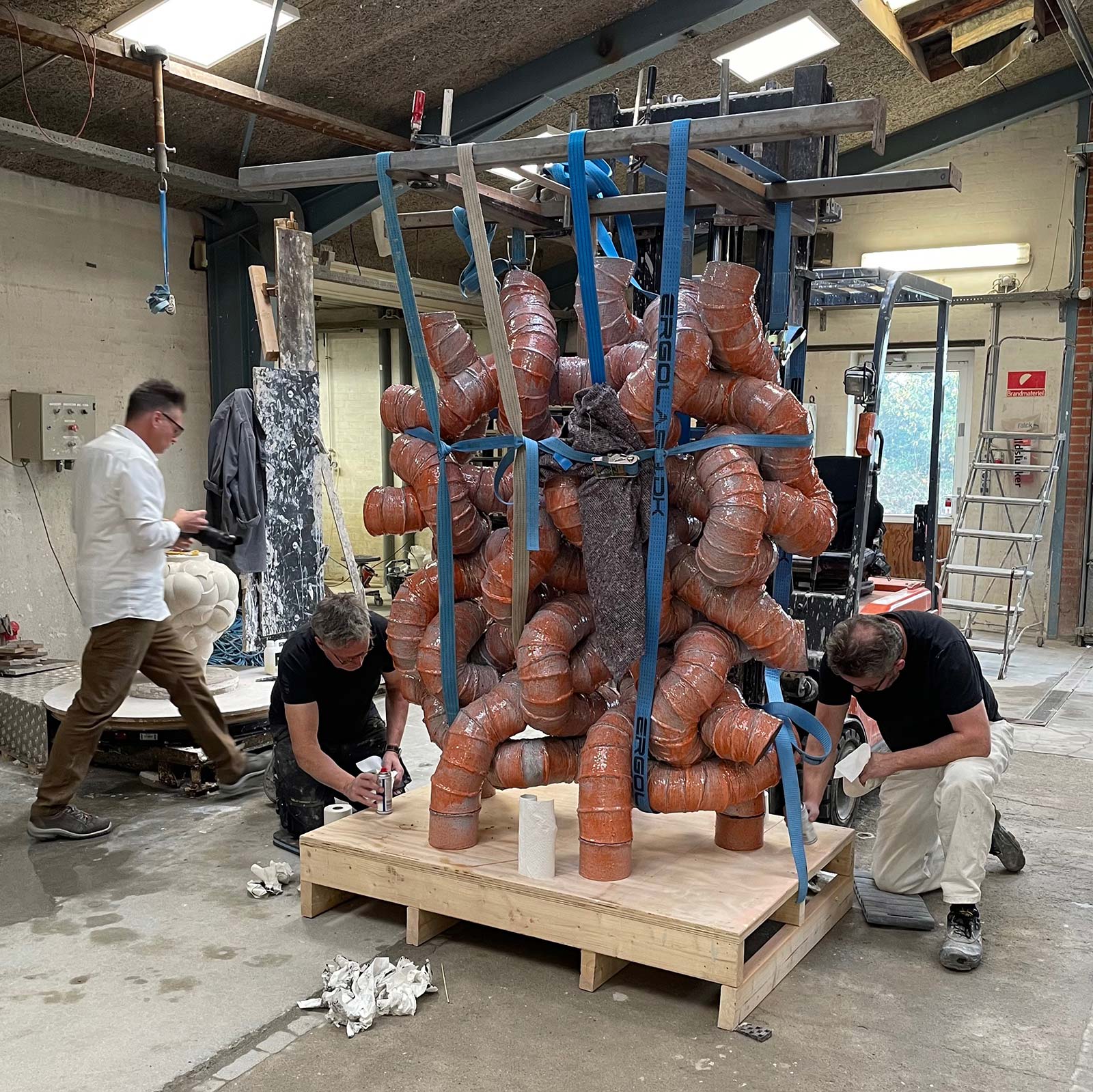 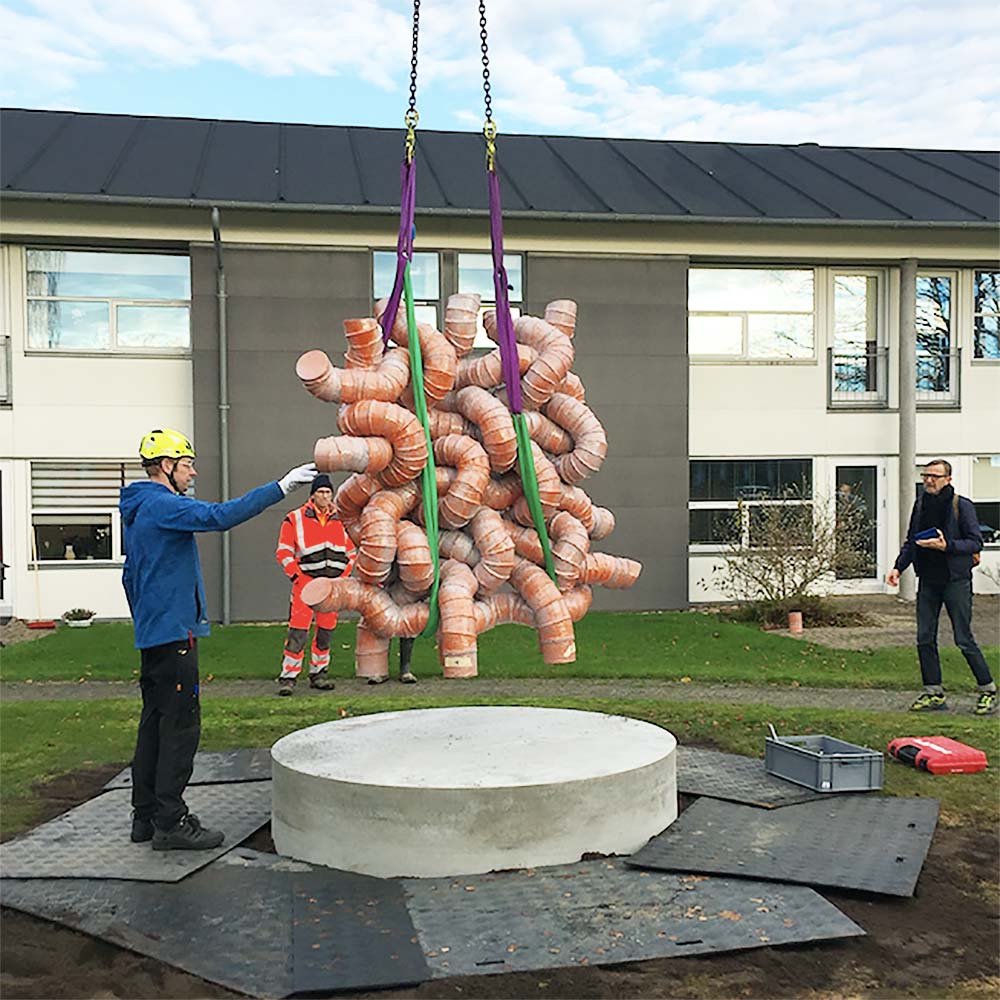 Sculpture being hoisted onto its base on site in Ikast, November 2021 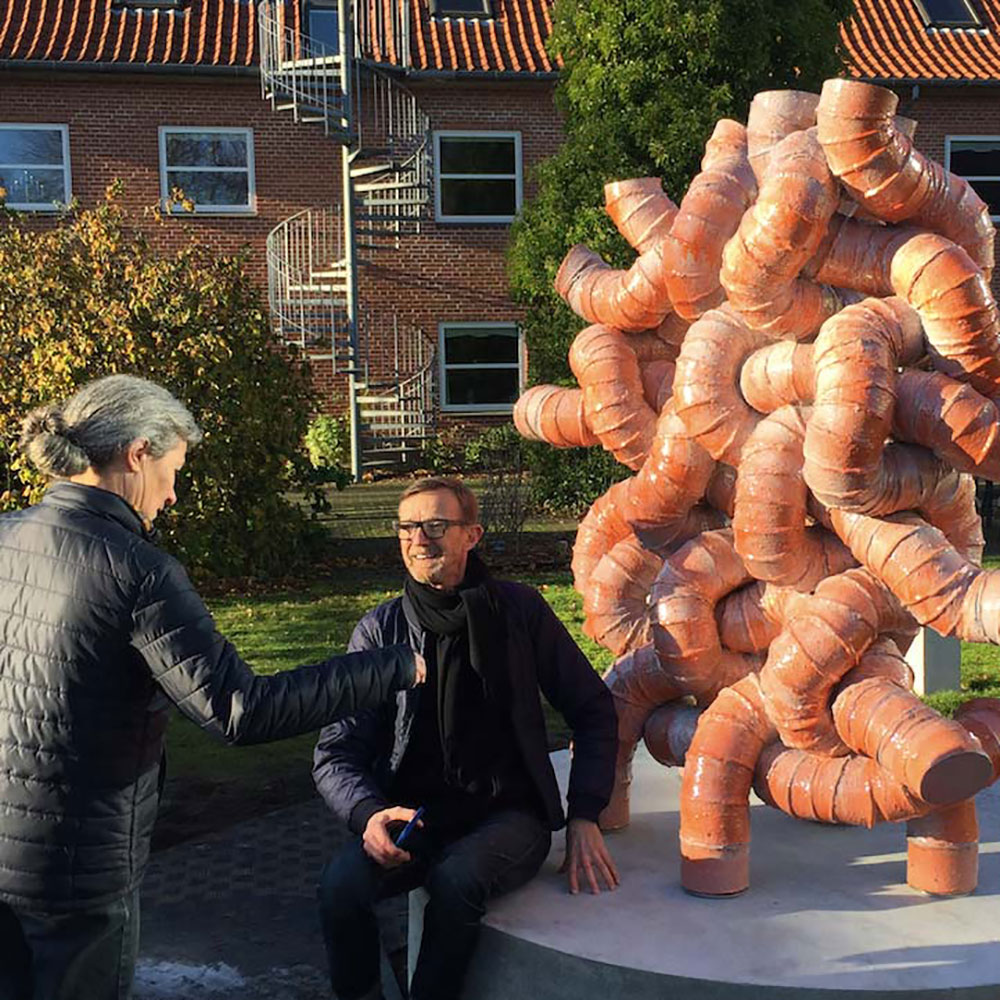 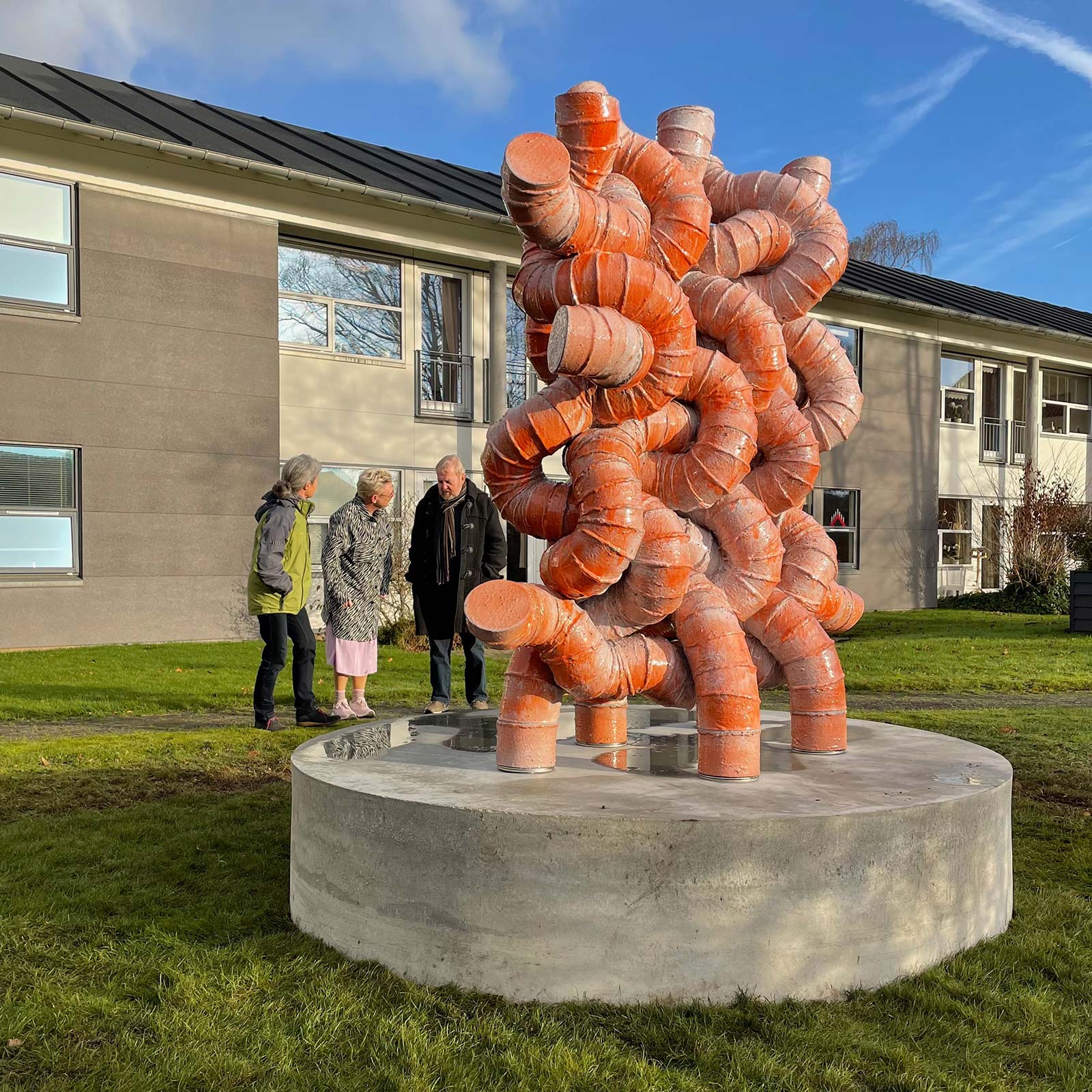 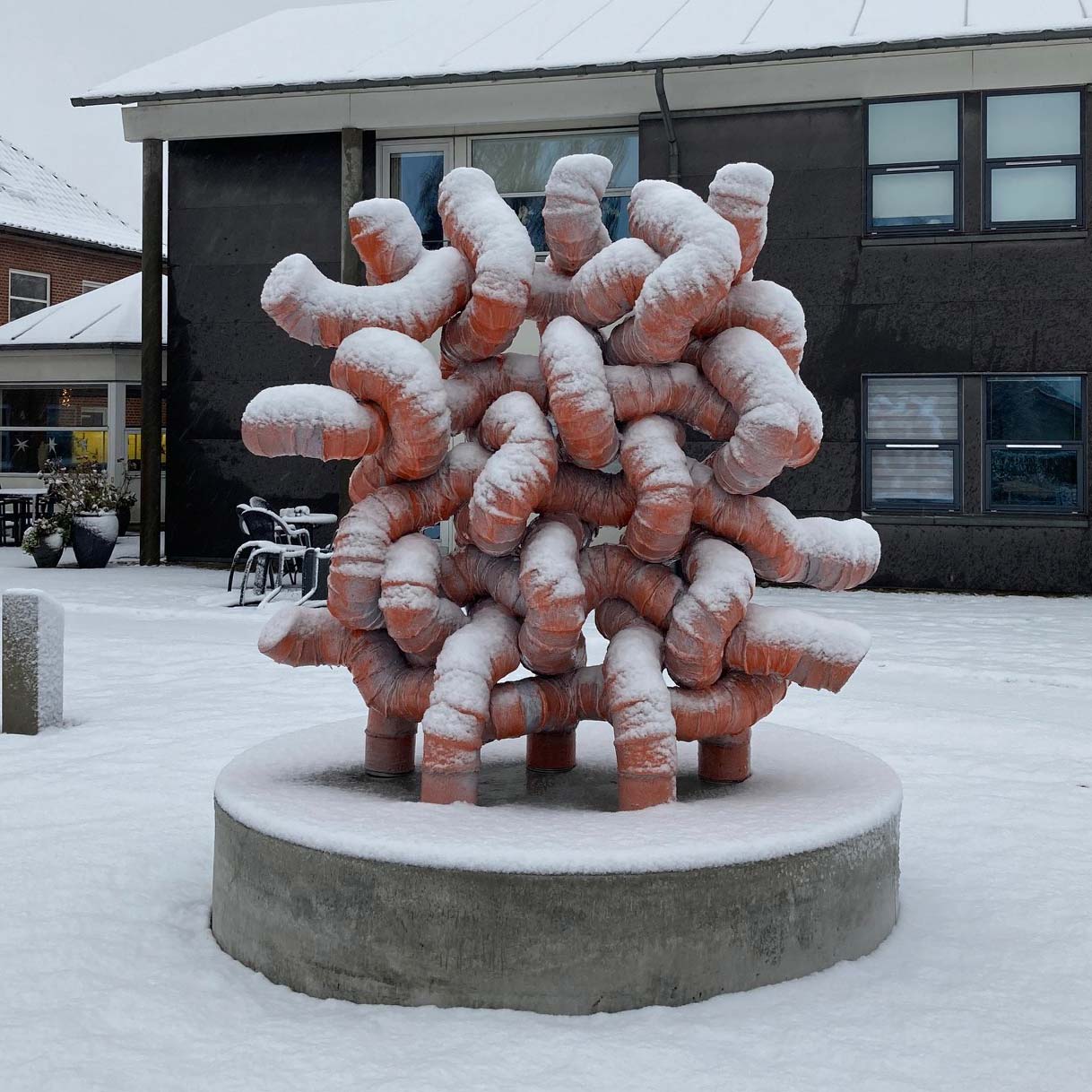